History of the Volunteer Committees

The Volunteer Committees for The Philadelphia Orchestra were formed in 1904, four years after the Orchestra’s first concerts. The Women’s Committee, as it was originally called, was the first permanent organization of its kind in the U.S., and has since come to serve as a model for similar groups around the world.

The first committee had 20 members and set as its goal to raise $10,000 to alleviate an early financial shortfall. It achieved its goal and raised an additional $5,000 in ticket orders for the following season. Since these auspicious beginnings, membership has grown to a current roster of 460 volunteers, drawn from the tri-state area of Pennsylvania, New Jersey, and Delaware. The organizational structure has grown to now include 7 Committees:

The mission of the Volunteer Committees has also greatly expanded since its initial goals of 1904. Volunteers now support the Orchestra in such areas as audience development, educational programs, fundraising, community relations, and special events.

Among the projects presented by the volunteers are the Season Opening Gala, a spring event, an educational docent program in preparation for the Orchestra’s student concert series, the presentation of gold watches to orchestra members with 25 years of service, and the annual Golf Classic. To learn more about upcoming events, please visit our events page.

Through all their endeavors over the past 105 years, thousands of members of the Volunteer Committees have given countless hours of time and talents in service to The Philadelphia Orchestra and the people of the greater Delaware Valley metropolitan region. The Orchestra would not be what it is today without the dedication, time, and talents of the Volunteer Committees. 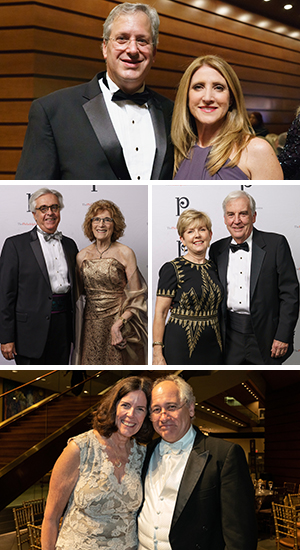 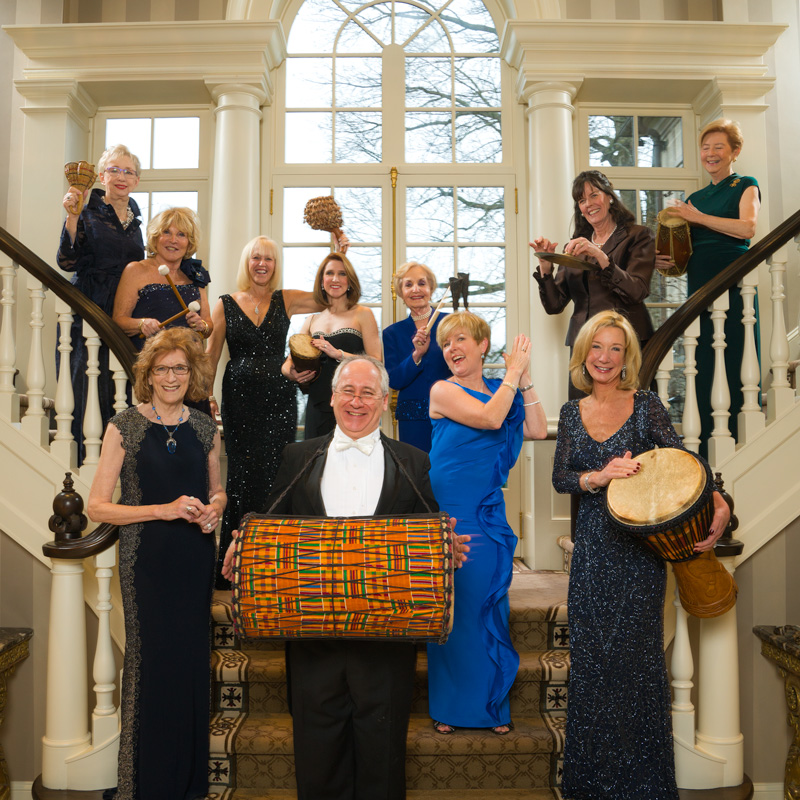 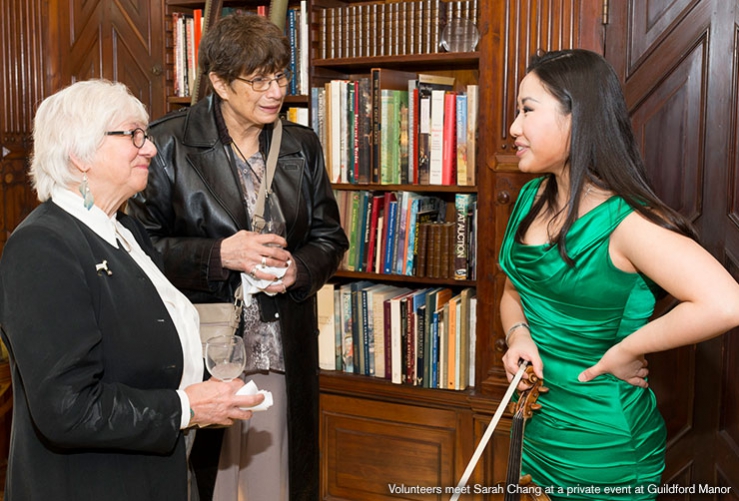 There have been only 16 presidents of the Volunteer Committees in its almost 100 year history: 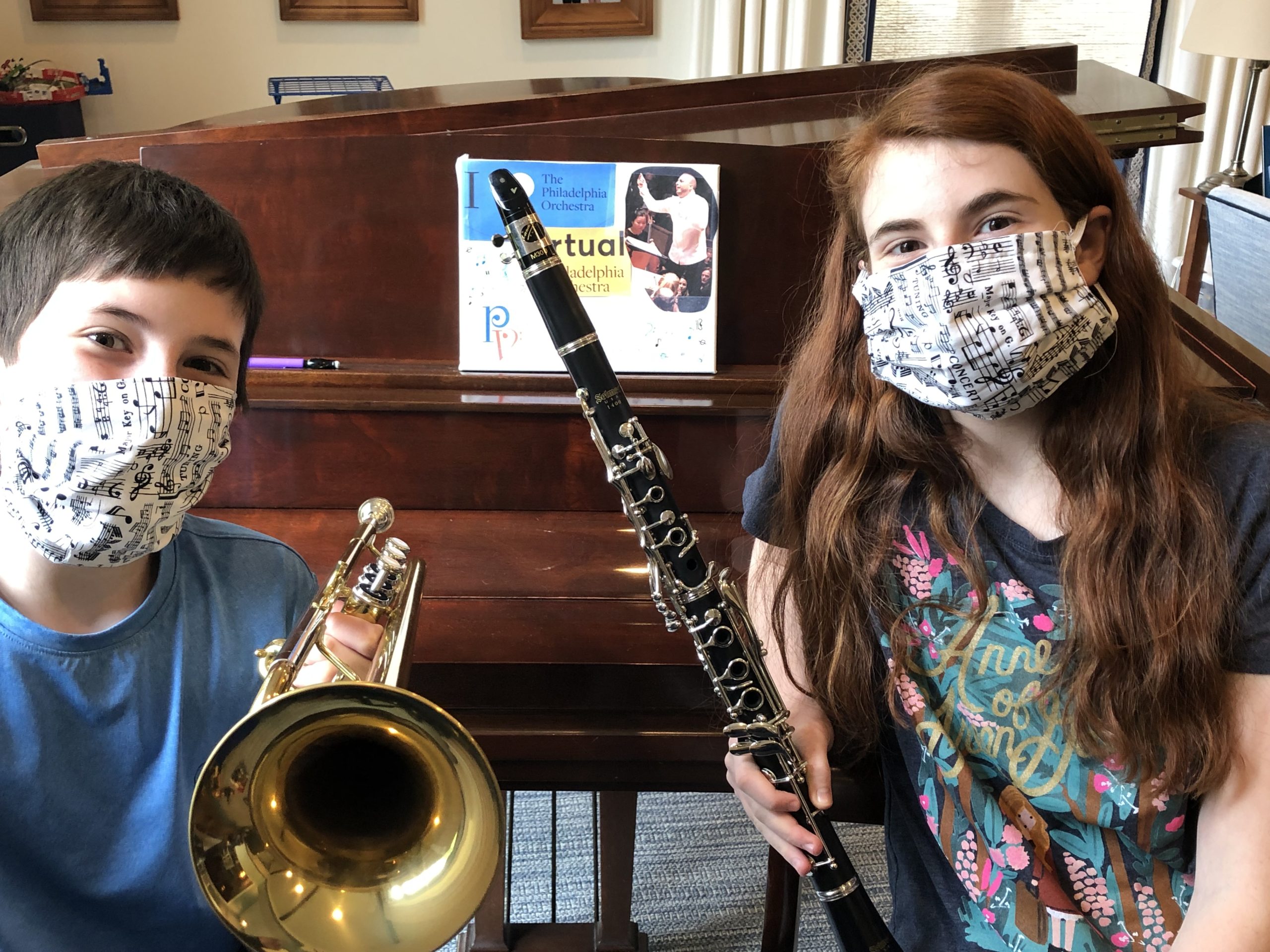 Although we are not able to meet in person, we still want to show our musicians that we appreciate them!

Why Become A
VOLUNTEER?

Our volunteers collaborate with the Orchestra's board, musicians, and staff to fundraise, educate, and promote symphonic music in our communities. 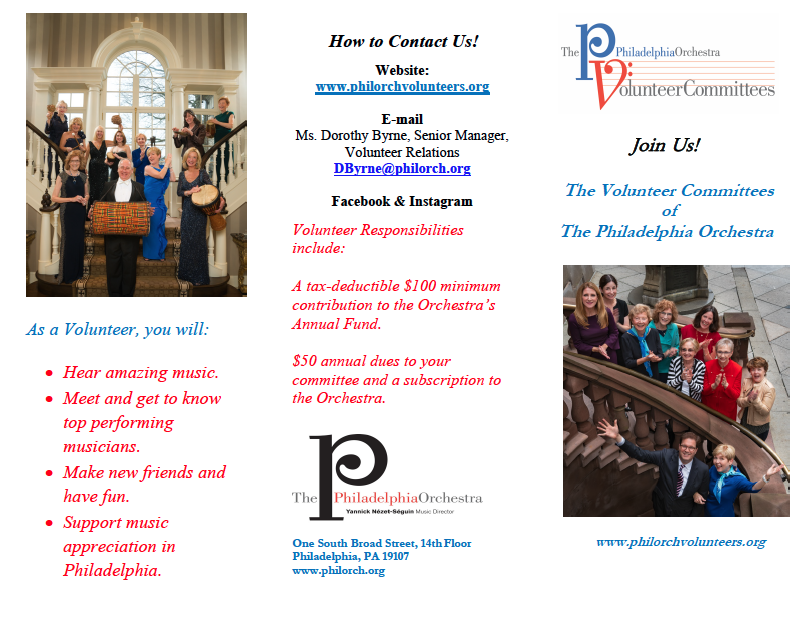 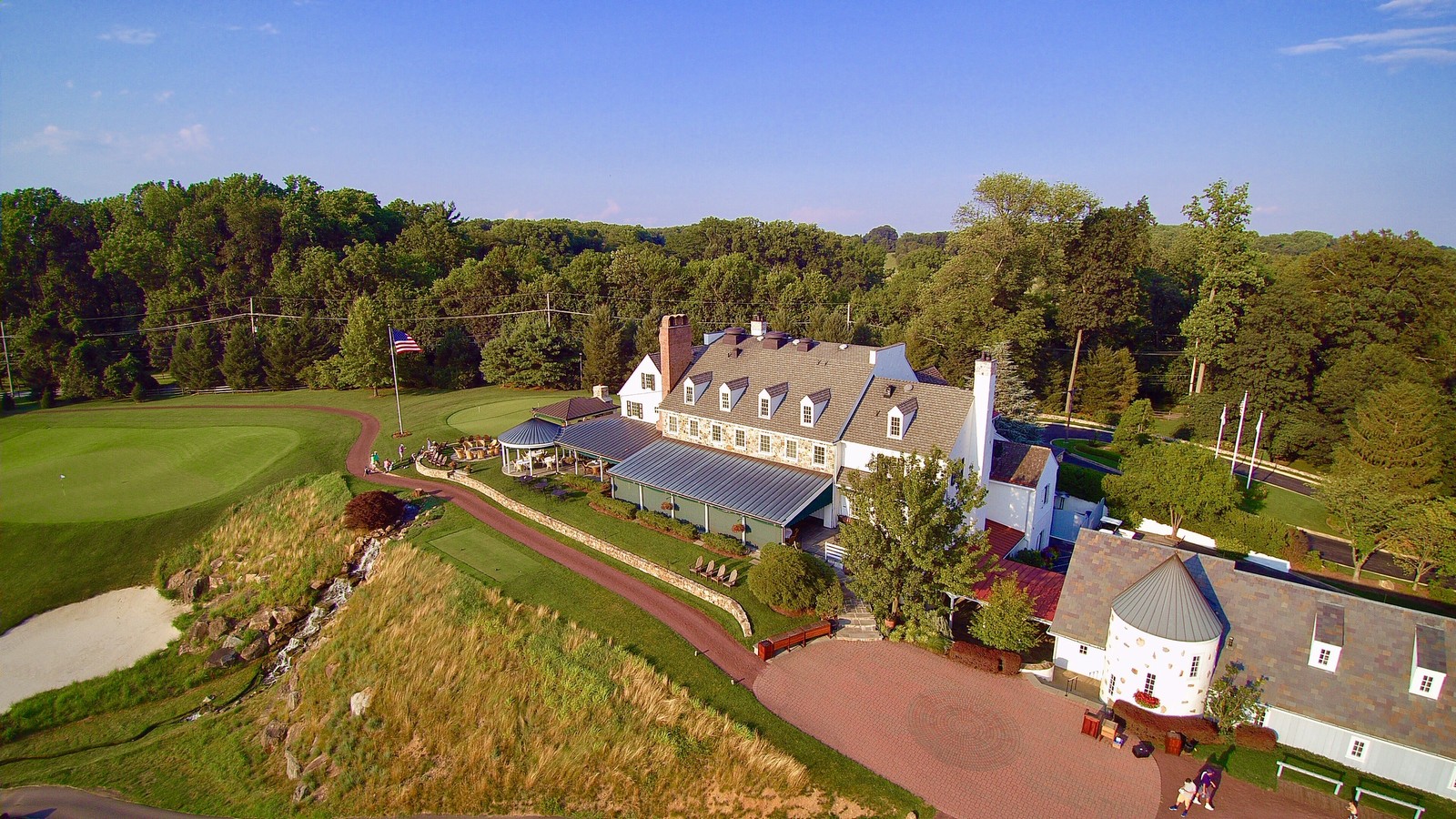